← MercyfulGrace Diaries with Home – ‘Where My Love Is’.
HOW THE APOSTLES DIED → 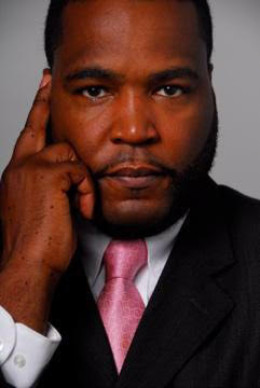 Not all white people are racist and not all blacks sell drugs. You must process that or you will loose ..’ – Aremuorin

Africans in Africa with multiple degrees can’t get a job too. That’s an irrelevant point. It’s not racism. His intolerance is shocking. He needs deliverance spiritually. This man is even hateful to his own kind and if segregation is the answer, I beg to differ.

Black values are not a states responsibility. It’s the parents duty to teach their own kids their roots, culture and heritage, to enable them function in the real world. Otherwise, home school them, yourself or pay for extra tuition.

In Africa, we were home schooled after school and had extra tutors during holidays. This dude is becoming a black supremacist in my humble opinion.

My cousins went to international schools in the Middle East and they all turned out, all right. In fact it prepped them for the world. His ignorant a** needs a reality check. His generalisations are way off !!!

This school will be built only in his dreams and thank God for that ..’ It won’t happen …’ It’s democratically racist on all parts. Won’t send my worst enemy there. They might come for my children and his children one day.

What a naive idea. His idea is iffy. 6M is nothing !!! Oprah can and many others !! But I doubt they see the sense in it.

If racism equals prejudice plus power, then I will refer to his school. By definition it’s racism and a racist establishment. One more unneeded. Why can’t his establishment be inclusive and teach by good examples.

The ode to racism will be inclusion not segregation. Not an apathetic apartheid again systematically. Being racist is to segregate. Building communities is not tearing others down.

Due Dilligence pays due dividend in the long run sustainably, unlike short cuts; that transgress the rights of others, in lieu of your long and distant objective, worthy of a long, road paved with eternal peace, love, joy and unwavering bliss..' – Anthony Everest #MercyfulGrace #RealTalk #AnthonyEverestMusic

To all the pro black lives matter martyrs. Nice chant for blackness. I’m all for that. But here’s the problem segregation. It’s black supremacy and he elaborated on it – ‘segregation’, passionately; inhumanely.

You can have the blackness and elevation for, without the former. Two wrongs will never make a right. As an lgbtqia alli, I get triggered by his bias and inconsistent views of the lgbtqia, cause many of them are antiquated, or false.

There are, and were, Lgbtqia monarchs in Africa. Even, right now. He has to be very naive to believe otherwise with his mis-education; here, on the lgbtqia.

What does he think the right of passage constitutes in some African cultures? Hmm. Intuition, alone, told me, before – vivid streams of consciousness & facts. Osumare is an androgynous God from Africa. Check that!

Don’t get me wrong, I love the Dr, as my black brother, and respect his resume, just don’t like or agree with some of his views. My intention is not to attack him, and I apologise, profoundly, if I have; unconsciously. They come off sour & dated and they trigger.

Straight men are not homophobes and being lgbtqia does not make you always confused. Osumare is an androgynous God from Africa. Check that out for facts ..’

The only way to be a forward thinking race is to teach inclusion, not retaliation with segregation and prejudice. Truth is, if you loved yourselves enough, you won’t need to be prejudiced.

My brother, and I, were raised by a white Nanny who devoted her life lovingly, to raising 99% black kids. I’m outraged and deeply offended by his insidious comments about some white women.

Racism is a system and this project is part of the problem if you are for racist black schools. I can understand people are hurting, but love is the cure, not hate !!! Hate loved nobody. As for white supremacy, we’ve called it out, too, many times.

#Black and #Afro #Carribean #communities, need to understand; and appreciate the goodness in #western #values and #culture; if they want to thrive, in that #society. You can't impose #traditions that don't fit their #norms, and call it racial #prejudice – always. Some come up with the #agenda #ploy often. Why? I'm not naive – but – Dont get in a fit and #empty #rage needlessly, blaming it all on #slavery. Well – my agenda is the "#Love Agenda' – if there is, anything, such as an agenda. Each to their own agenda. I'm #down with #love any time 'T'. #MercyfulGrace #Aremuorin #AnthonyEverest

We always say – Share your love. Don’t share your hate !!! If whites want to go to black schools, and feel inferior, let them. It’s their choice.

Wether as a teacher, or a student. Black schools should not be grounds for prejudice, racism or discrimination. I am pretty sure it won’t be their first choice, either.

Denial is not a river only in Africa. Honestly, Dr Kumar Johnson is nothing but a hustling equivalent of a white supremacist.

Those kinds are the worst kind of dictators that are power mongering evils. How can you demand respect when you can’t give it?

Imagine the perplexity of this man’s ambitious bigotry in the name of black lives matter?

The school is not the problem. He is. He is power mongering and becoming racist in his ploy to tackle the problem.

The racist manifesto that students must date Africans or be engaged to one especially if you are biracial makes me wanna throw up.

Don’t like this man by the slightest imagination. This showboating LGBT loathing misogynist needs to go and colonise another planet with his flawed views; and self, populate in his head. God bless him.

Call this just an emotional rant without facts or emperical evidence all you like. People like you say there is no God. Can you prove there’s no God? But – then again, Pharaohs were just the same.

If you have been inspired by this post or blog, kindly leave a donation here to continue to support more posts like this. Thank you.