← MercyfulGrace Diaries with ‘Forgiveness’ – She Fed Her Son Acid! by Àrèmúorin
‘God First’ – Kiss Me Baby by Àrèmúorin – Anthony Everest → 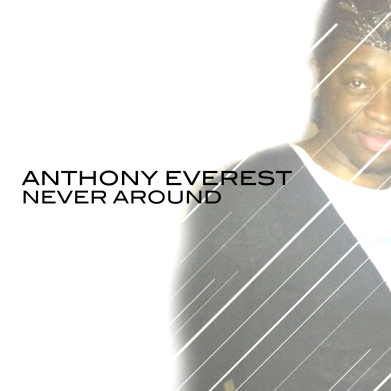 I hope you enjoy these unplugged performances.

My much anticipated second smash interview with the man himself – Tyrese was a whirlwind of a surprise – cuz I was still reeling from the first. So – when the email came through for the second – it was like – errr .. Me .. sure ..’ Okay ..’ Lets go !!!

I’m not racist, or a homophobe. I know more white people than most white people :: Giggles :: – Tyrese Gibson 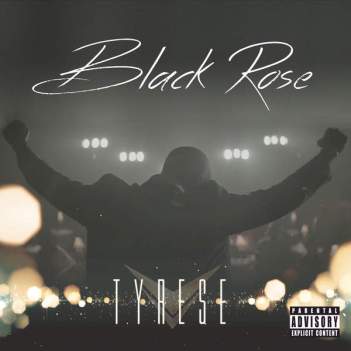 Child of God – Tyrese Gibson :: Rhythm and Blues & Hollywood sensation. And yes’, you can call him, a film star, too; in the same breadth. Met up with Tyrese, again, for the second time – on invitation.

This R&B legend, is no sudden acclaim to the pop world and R&B charts. He recently, topped the US Billboard, album charts with ‘Black Rose’ :: featuring – Tyrese, Snoop, Brandy, Chrisette Michele & Tank :: released – independently on Voltron Records :: peaking for 11 Weeks, staying :: at No1.

How can generic, home-grown, R&B lovers, fans, singers, writers and makers of this beautiful history – fiercely compete in a market; controlled and contrived with money, suits, label execs and prejudice?

It’s actually a joke to appraise the likes of Sam Smith & Ed Shearan as innovators of black music. We think, it’s a joke – to say the least. One has to agree with Tyrese’s angle, that we need to ask questions challenging a system favouring a certain kind of artiste.

What ever happened to real music, producers and real musicians. He says we don’t need to have 11 rappers on a track to be an authentic R&B Soul artiste. Nor do we need, non black folks on the record – to be validated, worthy of main stream radio play listing.

Tyrese, laments passionately, while he applauds, the successes of Sam Smith and his contemporaries, ‘why is it a struggle, for ‘black artistes’ to get the recognition, or well deserving, radio air play, slots they deserve? Deborah Cox, he says, can hardly get a deal! Even thou, she is a great R&B vocalist. An artiste whose credit’s enlists – duets with Whitney Houston on Whitney’s albums. This is a – right’s – issue, here. Not about Tyrese or Black People – solely. I don’t want to rip all the benefits. I want all the R&B community to rip all the benefits, he says.. Don’t make me sing Shame in  House and Techno – before you play my sh*t. I’m not doing that!

And there you have Deborah Cox, at the house who can’t even find a deal, even if she tried ..’ – Tyrese

Tyrese – makes it clear he is not bitter – contrary to the, Chinese whisper spreading in the ‘I did I not tell you that – circle, nor do I feel that way circles’ – however, overwhelmed, by the love and support, from adoring fans, for the past 3 years :: whist working on the album. This is not about Tyrese, this is about the music.

Is it plausible to wonder why major mainstream, radio stations are still not showing the same love to the generic R&B Genre, concerning black origin artistes ..’ Seems often; there has to be a watered down version of artistes degenerative work – to get some loving on mainstream radio – play lists.

Preferences, reserved to the likes of the aforementioned. Could a black origin artiste speak up – without being accused of playing the race card? “I am not a homophobe or racist. I know more white people than most white people – he chuckkles.”

In the case of Sam Smith – ‘Stay’ for Sam was played on major radio stations – while Tyrese with his own original song ‘Stay’ – same title, stayed No1 for 11 weeks – but was played, only on – urban radio stations.

Maybe, it’s time for black folks to run their own – empires – a thing Tyrese has taken boldly, to – courting middle, eastern princes and inspiring generations to come – to think out of the box. More so, now that he has  won 50/50 custody of his daughter, he claims – this is his last album – as #fatherhood is paramount and foremost – than chasing an R&B Career.

Tyrese, claims this is a prevalent issue that we need to speak on, to benefit the whole R&B – Soul community. We don’t need to twerk, drop, or sell out – or do we? Reminds me of this old saying – ‘Your lie is wide open like my eye ..’ – Anthony Everest

What is your golden secret to staying so inspired over all the adversities and trials you go through?

“You just gotta wake up and you just gotta decide that you love yourself enough to stay the course. It’s only by the grace of God, man. That – life can present it’s challenges, and you’ve got to figure out, some way, some how – to rise above it. I mean I’m always looking for the lesson, in what I go through, too. What am I supposed to learn from all this? I don’t wanna just be going through all this shit! How am I suppose to compartmentalize my emotions through all of this?

I don’t just wanna lose a friend. I don’t wanna loose a girl. I don’t wanna be in and out of court. I wanna learn something from it ..’ My mind is sharp. My emotions and my spirit are way more resilient. I’m ready to take on the world. I’m not that dude, that’s tripping on comments. They hated Martyn Luther King while he was alive!!! They did not start celebrating him, until he got assassinated; on that level.

It’s always somebody. I’m not comparing myself with Dr King, not even remotely; cuz he’s more in so many areas. I’m just saying there is nothing comfortable about somebody talking so openly about this topic – that’s been going on, under our nose.

I don’t want to rip all the benefits. I want all the R&B community to rip the benefits. Don’t make me sing Shame as a House, and Techno version, before you play my sh*t. I’m not doing that man!”

Hateful people have a job to do ..’ – Tyrese Gibson