When the enemy rises God lifts up a standard ..’ For real!

Isaiah 59:19 -So shall they fear The name of the LORD from the west, And His glory from the rising of the sun; When the enemy comes in like a flood, The Spirit of the LORD will lift up a standard against him.

Have you ever experienced a situation – where the enemy just rose from all angles and you felt disarmed? Well don’t be. This is one revelation uncovered. It’s a great PR exercise of the almighty. And, I have been there. Have experienced it and its frightening, when God raises his standard against the enemy.

This happened to me once in church when these bible wannabe bible bashers attacked me. OMG! – If you see the scriptures that fled out of me. I never, even knew; I still remembered these scriptures. They were scared and succumbed. All they could roast up were more – lies, upon lies, upon lies. That’s when I realised the God I serve and know – has nothing to do with religion. He is pure love and a God of  Revelations. I’ve also said this before – he can use anyone. Even a stone!

Funny – they tried to apologise – saying they felt bad only  a few months later ..’ I mean it was so bad at the time – I even saw things spiritually – showing up in the room. I recall – pointing to one – saying ‘The Devil Is A Liar’ :: 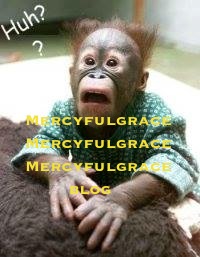 The episode, put a bad taste in my mouth – so much – I never returned to the church, shortly after – or any church for that matter. It also put me off religion all together – never been a great fan – previously.  More so – it gave me great empathy for unbelievers and why – they might easily resent any believer or any organised religion for that mater, conventional or not. Now, what have they achieved?

Led me to thinking – if you want to discuss hypocrites, it should be noted – Xtains should be noted at the top of the pile. These are the same people who felt so self righteous that they wanted to stone an adulterous woman who ran to Jesus. They are so self righteously, consumed with religion; that they even Killed* Jesus and Mocked* him – even thou; he was one of them! But it’s even more ironic how they genuinely thought and believed they killed him!

My faith has nothing to do with – the Pope, the Bishop, or the clergy man down the road. My faith is rooted in the revelations – revealed to me by the Power of the Maker of Heaven and Earth. Heaven is Real and so is Hell. For some; it all begins right now! Mercy! I know the truth and that’s what keeps setting me free.

The truth is in love darling. You will never find it in anything else!