If your long and distant objective is worthy of a long road, don’t try getting there by short cuts that transgress the rights of others …’ – Whitney Houston

I gave vivid accounts so those who don’t see it can see it now ..’ – Aremuorin

The subliminal seeds of discord sown by western influence on African soils socio-politically; psychologically and subliminally; still makes it pandemic-ally possible to stunt the continent’s growth economically like witchcraft. Even, within the diaspora.

You then wonder why Africans don’t clock the game and unite. This is a mental war game etching away the very weaving fabric of humanity.

As long as white privilege is perceived and championed as the status quo, racism is going no where. Otherwise, white supremacists, would have fessed up their evil systemic lies by now to the whole world and to their own putting an end to the fasad. 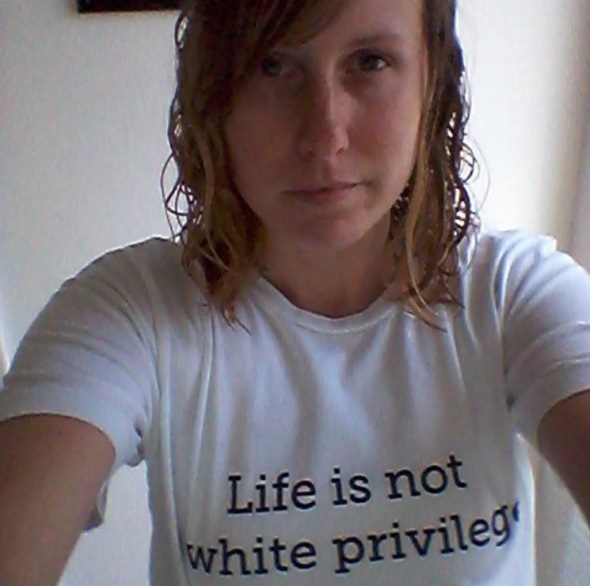 Africans are getting no reparations soon unlike the Jews until they learn self love, unity and put God first.

Christianity was in Africa before White Jesus showed up. So what the hell. Explain to me the demonics of slavery; it’s ebonics, and of the mind again? Anything that does not look like White Jesus is a threat to White Jesus.

I feel bad and awful for White folks who aren’t racist who just want to get on; and along, with everyone. It reminds me when I am running for the bus, upset-tingly getting stopped, or racially profiled as a drug dealer by White Jesus, and the police. 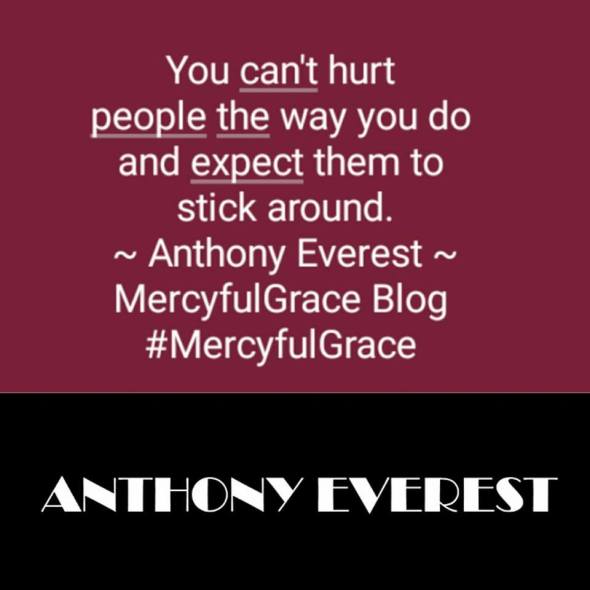 On boxing day I was a victim of a hit and run by a white male in a car with no break lights who ran off. On arrival of the Police (White Jesus) they declined to record the incident saying they don’t believe there was a collision.

Really? ‘I have a witness to it who is the reason why I am alive’ – I explained. I would have been crushed. My witness is the one who pulled me quickly out of the way. I got hit by the thigh and suffered, thankfully only minor injuries but ended in hospital – still. 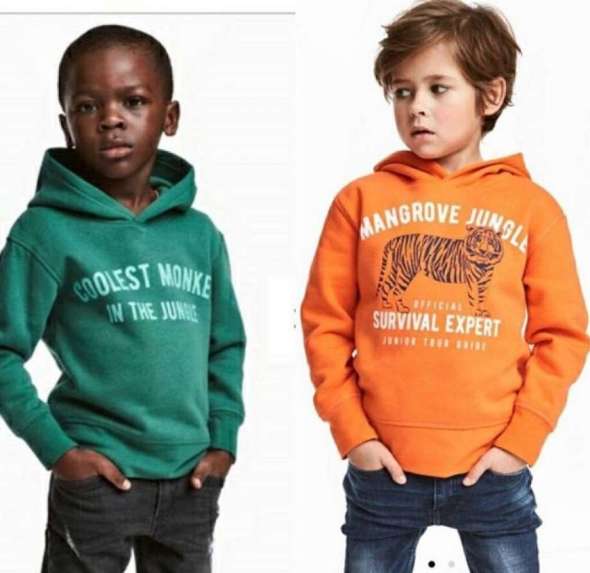 Racism: H&M’s recent add campaign that left a sour taste in our mouth – yet again ..’

Police (White Jesus) said the culprits friend controls the cctv and there is no footage; that nothing is going to happen so I should stop wasting my time. He added that the crime is over. I am pretty sure when he runs someone over who looks like White Jesus or the Police the crime will be recorded, and believed.

Even the culprit came out of the car to admit he had no break lights that’s why he hit me before he ran off when I took his car plate registration no.

If I as a black man hit a white person (White Jesus) with a car with no break lights, and ran off, I’d be the one in jail and the there would be a cctv footage.

So when the new H&M ad campaign; with a black kid called the coolest monkey in the jungle; backlash erupted again with denials of racial innuendos of prejudice by H&M: propagated with the help of main stream media: I’m like – ‘Yea, yea – I believe Hitler is Mexican and he built the Eifle tower, too’.

But here is the thing we blacks will still potentially buy from H&M again; cuz we don’t listen, watch and learn like the Jews. It’s not the first time to experience this systemic below the belt racial jibes.

Some blacks are still going to buy designers and brag about them when some of those brands don’t even give a rats about them but their money. Taking from them the very tools they possess to build their own brands only to be used against them psychologically; buttressed with social stigmatization, and economic oppression. 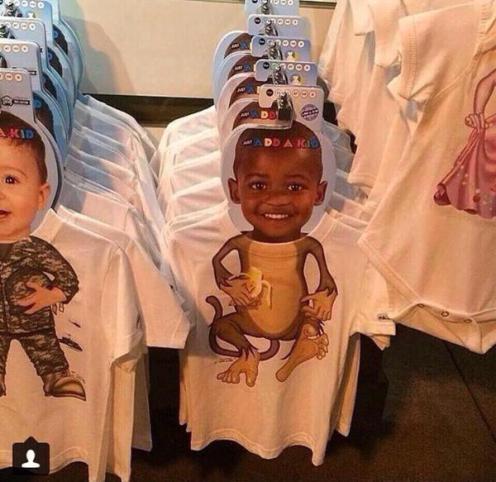 It does not get more racist than this ..’ More @ http://MercyfulGrace.blog

Whether you are black or white you should be outraged enough to feel empathy for humanity enough to warrant change for where peace, love and harmony reigns.

And you remember this campaign from Gap. Same old passive racism ..’ More @ http://MercyfulGrace.blog

May the love of God sooth again. Amen ..’

“We would like to put on record our position in relation to the image and promotion of a children’s sweater, and the ensuing response and criticism.

Our position is simple and unequivocal – we have got this wrong and we are deeply sorry.

H&M is fully committed to playing its part in addressing society’s issues and problems, whether it’s diversity, working conditions or environmental protection – and many others. Our standards are high and we feel that we have made real progress over the years in playing our part in promoting diversity and inclusion. But we clearly haven’t come far enough.

We agree with all the criticism that this has generated – we have got this wrong and we agree that, even if unintentional, passive or casual racism needs to be eradicated wherever it exists. We appreciate the support of those who have seen that our product and promotion were not intended to cause offense but, as a global brand, we have a responsibility to be aware of and attuned to all racial and cultural sensitivities – and we have not lived up to this responsibility this time.

This incident is accidental in nature, but this doesn’t mean we don’t take it extremely seriously or understand the upset and discomfort it has caused.

We have taken down the image and we have removed the garment in question from sale. It will be recycled.

We will now be doing everything we possibly can to prevent this from happening again in future.

Racism and bias in any shape or form, conscious or unconscious, deliberate or accidental, are simply unacceptable and need to be eradicated from society. In this instance we have not been sensitive enough to this agenda.

After conversation’s with varied opinions and having a feel for the complexities within multiculturalism and race relations; in my personal view. I have learned that the collective acts of subtle, passive and subliminal racism left people of color to be passive themselves, and / or playing games to survive. A dangerous blurry line to thread. As for those who insist it does not exist. Hear this:

Don’t come for me with it if you know you don’t want it. Keep it where the sun won’t shine. Too done with for that ..’ –

When black artistes stop rapping about ‘Gucci and Bitches’ on their records maybe the system will stop killing us!

It was friday morning, just after midnight – 8th of August 2014. I was strolling out the door to get something light, to eat, for a change and take a short walk around the neighbourhood. Then I heard her screaming ..’ What I witnessed next, was not pleasant. Scary for me too – because, I was not sure – If I’d be the next.

The memories faded quickly into my childhood watching my father do this to my mother, in various degrees, as far back as when I was only 2, while she used to chase him out of the house with a roling pin. 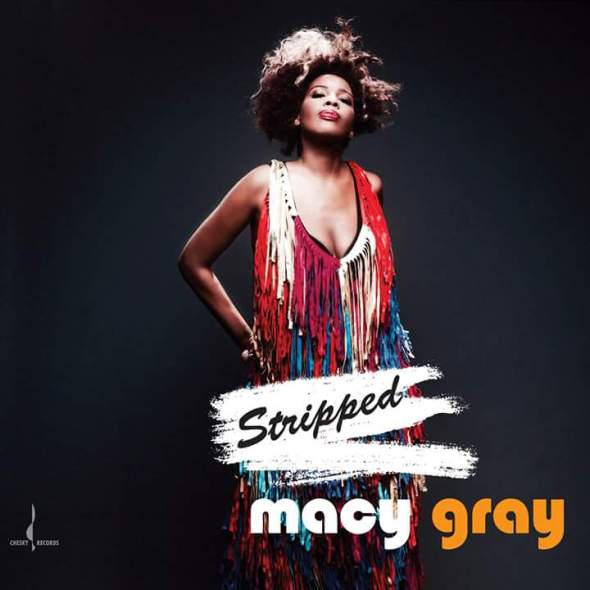 I literally saw a man, choke hold his girlfriend and knock her to the ground on my street. She confronted him for lying to her, being in bed, only to find him in a club with another girl. Then he assaulted her. Girls, why do you put up with this kind of behaviour and men?

She was hysterical, telling him to leave her alone but he kept intimidating her, the more – saying, he’ll hit her if he wanted. She was screaming. No neighbours helped – until I came out and called the police.

She is in bits now – in the police car! I waited a while to see how it was going to develop. Luckily, someone like me was nearby to assist the poor girl. I totally forgot I had my mini camera on me – to capture the whole saga. These were white folks by the way.

It was interesting ironically;  her head was telling her – “He is a fool, and liar and a cheat – leave him”, but her heart was saying, “love me more”. Even thou, she was in terror, terrified by his actions – she was desperately clinging unto his twisted fists, while he was still trying to kiss her – to confuse her, even more. I hope this serves as a cautionary tale -to someone out there.

Don’t put up with it. Put him out …’ I don’t care how good it is or how good he is. Nobody should be subjected to a life of violence and deprecation – for the sake of being with someone.

The  onus is on fathers to love their daughters unconditionally. If a girl have men at home; in her brothers, uncles and father(s) – who treat her like a princess, when she goes out to find a man (court) – she will settle for nothing less than a man who will treat her like a Queen! Why wouldn’t she? When she can go back home to being treated as a princess ..’

The more he wanted her, the more he abused her and violated her, and her trust – in other men; too. Not good. “The mire of mediocre is no way for a King and Queen like You and I”. Haters are like glue stuck to water in vain ..’ Wanting, you – to feel the strain!

She needs counscelling !!! Prayers and deliverance in every sense !!!